History
The district of Evandale, first known as Morven and New River, was part of the parish of St John’s, Launceston from 1819 until 1830, and then Norfolk Plains (now called Longford). In 1835 the people of Evandale sent a petition with seventy signatures to the Governor, Colonel Arthur, requesting a minister of their own, and undertaking to find part of the money for a church and rectory if the government would find the rest and pay the stipend.

A small building, measuring 40 feet by 20, with low walls and a shingle roof was erected in the paddock close to the gates at the end of the lane. It was opened on 19 February 1837 as a school and chapel by the new governor, Sir John Franklin. The first Rector, the Rev’d Edward Freeman, who received two hundred pounds a year plus thirty pounds forage for his horse, played some part in the capture of a bush ranger, Ben Ball, at the Nile River.

The first standalone church was completed in 1844 and was built of red brick with a square tower at the west end. Some time later, great cracks appeared in the church due to faulty foundations, so it was decided in 1869 to pull the building down and rebuild on the same site. Great care was taken with the material, much of which was reused in the new building. The organ, installed only the previous year, was put into store. Information about the pipe organ can be found here.

On 30 November 1871 the foundation stone of the present church was laid by Dr.W.H.Browne, Rector of St John’s, Launceston. Services were again held in the old chapel, which was also the venue for the first Evandale Show in 1868. The church bell was temporarily hung in a tree.

The new church, designed by Harry Conway, was completed in five months (with the bell returned to its rightful place!) and was consecrated on 17 May 1872. The building was the first major work undertaken by Messrs J. & T. Gunn. The tower was later increased in height and the spire erected at a cost of £1500 through the generosity of John Whitehead of Winburn, the spire later being known as ‘Whitehead’s Folly’. Although the foundations had been put down five feet deep, trouble from the shifting clay again developed in 1909 and the west end had to be dismantled and re-erected under the supervision of the architect, Alexander North. In the 1920’s the church was stuccoed to protect the soft bricks which were weathering badly.

The font, originally from Port Arthur, was for many years at St David’s Cathedral, Hobart, before coming to St Andrew’s. The Bishop’s chair is made of wood from HMS Nelson.

In 2001, St Andrew’s Evandale and St Peter’s, Nile, were amalgamated into a single parish unit, but St Peter’s is no longer in regular use as a church and is now in community hands. From the beginning of 2019, St Andrew’s began a partnership with Holy Trinity, Launceston, with regular services being held on Sunday evenings. St Andrew’s formally became part of the parish of Holy Trinity in July 2020.

Visitors (and some regulars!) to St Andrew’s are often fascinated by the text around the chancel arch. The characters can be hard to read, but it says: We wait for Thy lovingkindness O God in the midst of Thy Temple. Of course, the obvious guess is that it’s a Bible verse, but you won’t easily find it by searching unless you happen to have access to a copy of the Great Bible, translated by Myles Coverdale and published in 1539. It was the first English Bible authorised for use in the Church of England and, although the 1662 Book of Common Prayer took its Bible readings from the now more familiar King James version of 1611, the Psalms continued to be those from the Great Bible. The text in St Andrew’s is Psalm 48 verse 8 as you would find it in the Book of Common Prayer. 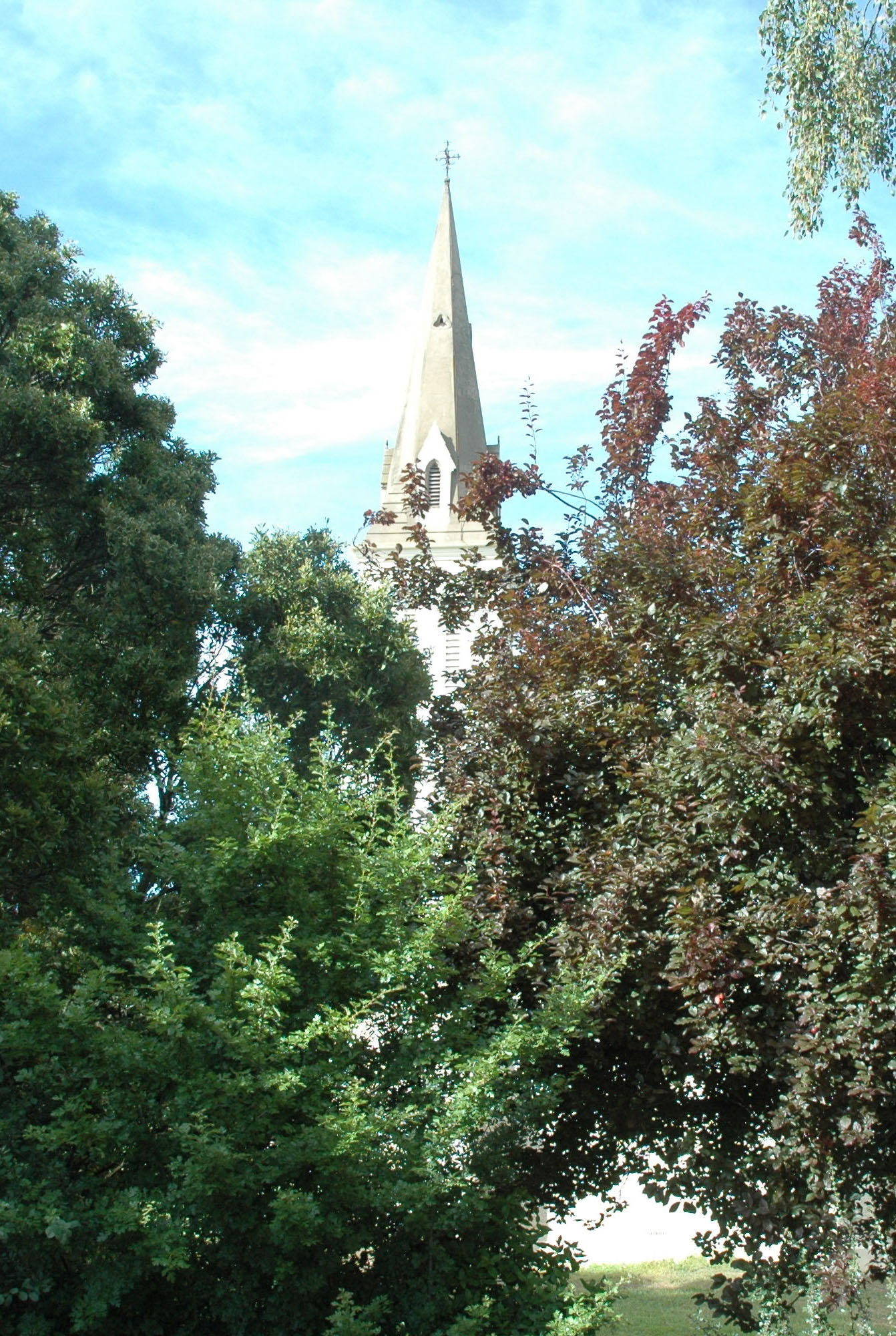 Sunday 5.00pm
Our regular weekly services are held each Sunday at 5.00pm, with Holy Communion normally on the first and third Sundays of each month following one of the Orders in A Prayer Book for Australia 1995. Other Sundays are a form of Evening Prayer, and our services offer a range of styles, some fairly formal and others more informal. As in every Anglican service, there is a clear emphasis on hearing God's word in the Bible readings, and grappling with its meaning and significance in Bible focused sermons. Joining in Holy Communion is a regular reminder that we gather in the name of Jesus Christ, who gave his life for our sins. We usually share in Tea & Coffee at the conclusion.

For those unable to be present in person, the 10.30am service each week at Holy Trinity is normally live-streamed via our Youtube channel and remains available to watch there at a later time.

In addition, an ecumenical Taizé Service is hosted by St Andrew’s, usually on the last Sunday of each month at 11.00am.

Christmas & Easter
Christmas and Easter are two of the best known and most popular occasions in the church calendar. We warmly invite you to join us in celebrating them. Of course, we hope to see you more often than just twice a year!

Services on Maundy Thursday and Good Friday are held at Holy Trinity. Times can be found here. 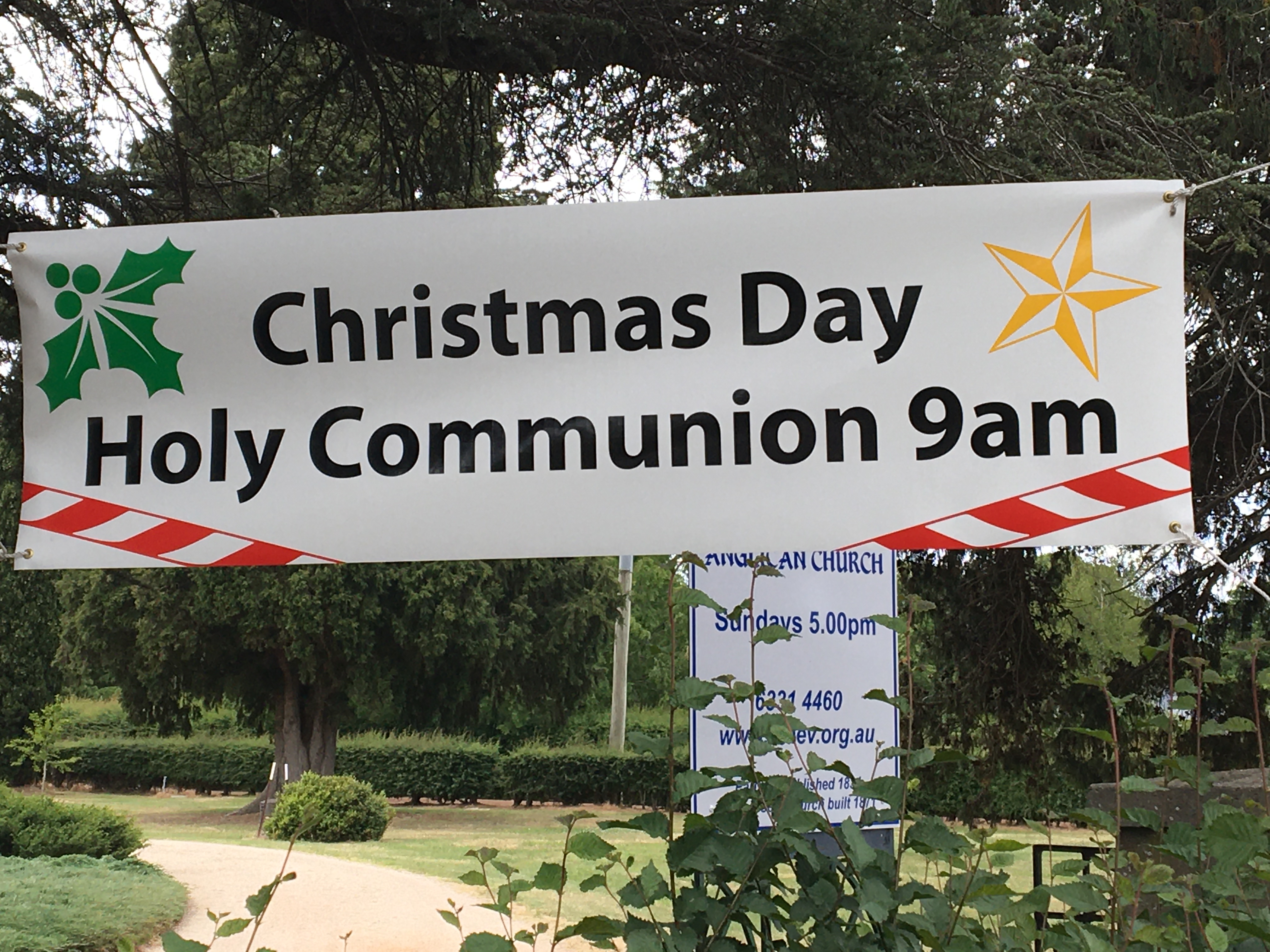 The baptism of a child can be a very significant social event for families, and parents request baptism because they are eager to do the very best for their children. We ask parents to take time to properly understand what baptism means, so that the words expressed in the service are meant from the heart.

In past generations, baptism of children was very common, but many adults today - and especially younger adults - are not baptised. To find out more, come along to one of our services and speak to a member of the staff. (By the way, many people use the term ‘Christening’, but both the Bible and our Anglican Prayer Book use the proper term, which is ‘baptism’.)

Weddings
St Andrew's provides a beautiful setting for your wedding and we welcome inquiries.

In order to satisfy the requirements of Australian law and Anglican Church policy, our Marriage Services always follow one of the authorised Anglican Prayer Book forms and are conducted by one of our staff.

It may be possible for other Ministers to assist in the service. We will be pleased to meet with you and discuss what is involved. Marriage services can be conducted at any mutually convenient time, but our regular activities on Sundays mean that we are unable to accept bookings for Sunday weddings.

Funerals
Christian funeral services provide an opportunity to express grief and say goodbye. More importantly, they point us to the hope we have in Jesus Christ, who died for our sins and was raised again to life.

Whether a service is planned for the church, crematorium chapel, or other location, we welcome enquiries from those who live in our parish or who have had significant connections with St Andrew's in the past. Please contact us as early as possible to ascertain the availability of the church and ministers.

A Bible Study group meets on Wednesdays at 9am. Contact us for more information.

A Community Lunch is held in the church hall on the first Wednesday of each month at 12.00pm (except January). Donations are received to support missions. (Note: The Community Lunches are currently suspended due to COVID restrictions.)

For up to date details of other special events, please refer to our Facebook page